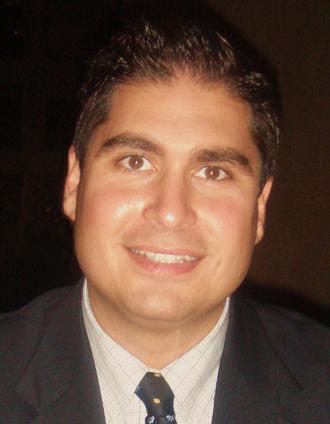 Neofitos Stefanides M.D. is board certified by the American board of orthopedic surgeons. He is also fellowship trained in sports medicine and shoulder reconstruction.

He was born and raised in the Long Island town of Garden City. He attained a bachelors degree from New York University and subsequently his medical degree from Tufts University School of Medicine in Boston.

He completed his internship at St. Vincents hospital in Manhattan and his orthopedic surgery residency at New York Medical College Brooklyn and Queens Region. His specialty training was obtained in San Francisco with the world famous Eugene Wolf M.D. and the prestigious James Kelly M.D. His specialty training was specific for arthroscopy about the shoulder and knee as well as shoulder reconstruction.Dr. Stefanides is fluent in English, Spanish, and Greek. Dr Stefanides

1996 Summer Fellowship New York, NY
Coruzzi laboratory
• Published work with honorary mention
• Mapped 2 of 4 genes of the GS gene family, the product of which is the first enzyme responsible for nitrogen assimilation in plants.
• Put into practice a number of molecular techniques including: Southerns, Northerns, PCR, DNA extraction, and probing.